In this article, we’ll be looking at how to turn a no-name basic digital photo frame into a network-connected Bluetooth-enabled smart frame. The incentive behind this was to get my family to share their images from their own collections onto the picture frame in an almost frictionless manner.

With this setup, the family can share their images straight from their phones, over the air, or they can copy files into a file share. The idea of course is frictionless, so there’s no password, no security, and so on in this set-up, which of course presents its own problems - but that’s outside the scope of this article

In this project, we’ll use the Pi Zero W which is enabled with Bluetooth and Wi-Fi - a capability which wasn’t present in the original Pi Zero. This project also uses capabilities unique to the Pi Zero which are not present on the full-size raspberry pis - such as the ability to emulate a USB drive. So please don’t attempt this project on a regular raspberry pi or an older pi zero. This will only work with the Pi Zero W.

With the Pi Zero’s capability to emulate USB devices - you don’t even need a screen or keyboard to do this, you can do it straight from a computer running Windows 10.

Firstly you’ll need to install the operating system on a blank Micro SD card. The easiest way to do this is use the Raspberry Pi Imager. The Raspberry Pi team has put together this 40-second video to show you how its done. 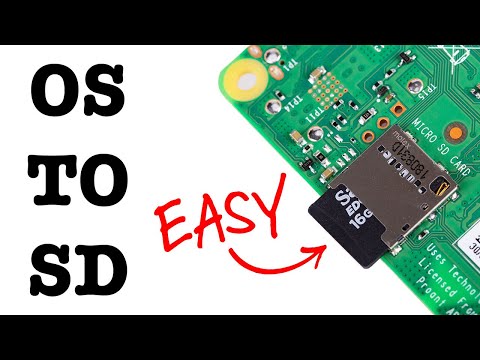 Once you have copied the Image to the SD card, leave it in the drive so you can edit the configuration files.

You’ll need to update two files, and create one empty one before you can put the SD card in your Pi Zero.

in the [all] section of the config.txt file

immediately after ‘rootwait’ in the file cmdline.txt (and on the same line)

Create a file ‘ssh’ (with no .txt extension) in the same folder as the cmdline.txt and config.txt files.

Now safely remove the SD card, and insert it into the PI Zero. Connect the Pizero to your PC using an OTG cable. Make use you use the second from the end socket on the PI. You don’t need an additional power supply, the USB port of your PC will be able to supply enough power.

On later versions of Windows 10, the Raspberry Pi will show in the device manager as a COM port (often COM3), if this happens to you. Follow the video below to install an updated driver in Windows 10